Is Sleep Training Bad for My Baby? 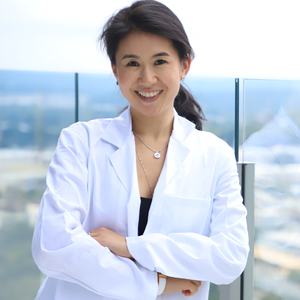 I can tell you now that I never realized how stressful getting your baby or toddler to sleep was until I had Madi. When I went through my medical training, I thought putting your infant to sleep was as simple as putting your baby in the bassinet or crib. In fact, even when my patients came in complaining of how difficult it was to get their infant to sleep, I just thought to myself: Put them down and that’s that!

I had heard about sleep training and contemplated if I should sleep train my baby, but I didn’t know how to sleep train. It was after I had Madi that I learned how utterly exhausting it can be to get your baby to:

1. Sleep in their own crib or bassinet.

2. Sleep for several hours in a row.

The first 4 to 5 months of Madi’s sleep were challenging, but I expected it. Doctors tell patients that most infants do not sleep through the night until 4 to 6 months.

I had to breastfeed Madi to sleep and very gently place her in her bassinet in our room. Often, this transfer would cause her to wake up and we would do this process all over again. AND she would wake up every 3 to 4 hours! I was tired but I didn’t think it was a big deal. Since infants can sleep through the night after 6 months, I thought if I could make it till then, I would get my restful sleep.

But six months passed and I was still tired. In fact, Madi continued needing to be breastfed to sleep, plus she now refused to go into her crib whenever we tried to transfer her. She ended up sleeping with us in our bed until she was 11 months old. And I was now beyond exhausted. (Co-sleeping is controversial and I’ll be writing another post on this!)

So, I turned to sleep training.

I have assured patients that sleep training is safe as long as periodic checks are made. However, as a mother, I couldn’t follow my own advice. I read blogs by other mothers saying that their children grew up to have attachment disorders because they were left to cry in their cribs, causing them to feel alone and unsupported. The thought of Madi feeling alone and unsupported stopped me, at first, from “practicing what I preached."

Now for the medical evidence!

At 11 months, I was working on call and beyond exhausted. I was torn about how to proceed. As a mom, I couldn’t stand hearing my daughter cry herself to sleep. But as a physician, I knew it was the safe thing to do and that a well-rested baby was a happier baby.

What I did that very night after I finished call was look up the medical evidence.  Published by the Ontario College of Family Physicians was a summary of sleep training published on October 2, 2017, they wrote: “Sleep training improves infant sleep problems, with about 1 in 4 to 1 in 10 benefitting over no sleep training, with no adverse effects reported after five years. Maternal mood scales also significantly improve, with patients having worse baseline depression scores benefitting most.”

So, after not sleeping through the night for 11 months, I started the process of sleep training.

Madi is now 20 months old and sleeps from 8 pm to 7:30 am. She is a happier baby when she is rested and I feel like a new person with a full night of sleep. However, I must say the sleep training process was hard! To learn the steps I used to sleep train Madi see my post on how to sleep train.

Financial Planning Tips for Parents to...

Hi, my name is Stephanie Liu and I am a family physician and clinical lecturer at the University of Alberta, and a first time momma! I started the blog lifeofdrmom.com because I think it is hard for parents to be able to differentiate inaccurate, possibly dangerous information from reliable credible medical information for moms online. Life of Dr Mom is a health mom blog that provides parents with credible information for parenting, child development, and maternal wellness. Hope you find my mom blog helpful!

Such a wonderful article, Stephanie! Thank you for always keeping things honest. <3

Using Games to Teach Your Kids About Money