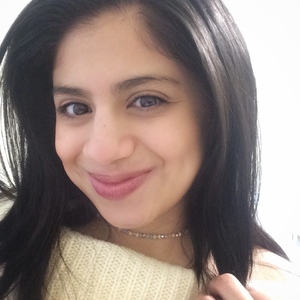 “Why do you let them play with all these toys? I would just hide them all and leave them with one, so I wouldn’t have so much to clean up afterwards.” This is the question and comment someone made to me once; while visiting me and my children. I automatically thought, would you rather I sat them down to watch television or play with my phone or tablet? Of course I didn’t say this out loud. (Sometimes I do let them watch television or play on my phone) but for the most part I let them play with their toys, and while it can become a mess afterwards I think it’s worth the mess because they are learning to explore and imagine while they play. What I did tell her was that it’s important to let children play and explore with everything around them, considering its safe. I know there’s a quote somewhere that says “messy house but happy children”.

This also reminded me of a time when I was speaking with my father in law about what I did when I worked in a child care center. I guess I didn’t express entirely in detail what I did because he simply said “oh so you’re like a babysitter.” I was a bit insulted because here I was studying early childhood education, and for someone to think all I was going to do with it was “babysit children” was insulting.  I stayed calm and remembered a professor in college saying - "some people didn’t understand that children learn through play". For example when a grandparent picked up a child from daycare or preschool and saw them playing, they might think “is this all they do, play? “If they are playing so much when are they learning their numbers and letters?”

As a stay at home mom, now for three years, sometimes I feel like I’m not doing enough to help them academically and as I was cleaning my bookshelf I found a poem that one of my professors had given me during my first semester studying early childhood  education. The Poem is called “Just Playing” by Anita Wadley Here is a small piece of it:

“…when you see me “reading” to an imaginary audience, please don’t laugh and think I’m JUST playing. For, you see, I’m learning as I play. I may be a teacher someday…. Today, I’m a child and my work is play.”

This poem is perfect for parents of little ones and it reminded me not to be so hard on myself because my children are learning as they play and it has also helped to take some time from my busy day to sit down and engage with them while they are playing because to them it’s work and they are so happy when you show interest in whatever little play they are doing. The messes they make because of play are so worth it in the end.

Hello! My name is Wendy, I’m happily married, 5 years now, my husband and I have 3 kids under the age of 3. We love to spend time together especially on Sundays. We consider Sunday, family day. I have a B.A in Economics and also studied Early Childhood Education. I hope to share experiences, tips and other things that I have found helpful in my journey through motherhood. Some of my hobbies include reading, watching t.v, and garaging or thrifting. I love a good bargain! I also love trying DIY projects. I will admit I will start a project and then procrastinate to finish because there is always something else to do #momlife.