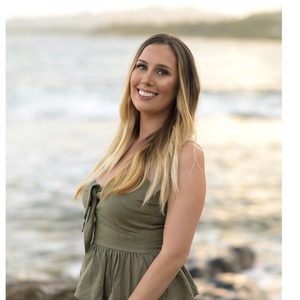 I know that screen time can be a touchy subject, and I think it is a personal choice of how your family decides to handle it.

In my family, we absolutely allow screen time, what, and how long it is honestly a case-to-case basis. It also varies a lot depending on the child. For example, my oldest son has always been interested in screen time of any shape or form, whereas my youngest son is 17 months and has zero interest. Unless you count trying to push buttons on his brother's iPad to bother him, but I don't think it counts.

My three-year-old is ALL for it, for example, the second we get seated at a restaurant, he asks to "watch Baby Shark on daddies' phone please," (at least he is polite right?)  Now do we always give in? Most certainly not. Still, there are times that we need to discuss work or deal with a cranky 17-month-old, and having at least one content kid is a huge win sometimes.  With that being said, it can really bother me when all he wants to do is watch silly videos--everything in moderation, right?

Well, I randomly started searching for toddler apps, and boy is there a lot out there.  I stumbled upon one called LetterSchool. It seemed legit, it was educational, and before you had to purchase a subscription, there was a free trial available! Let me start by saying my three-year-old loves this app, and I don't feel guilty when he plays it!

I love that he is learning how to write and draw, and having a blast doing it. There are so many options from shapes and numbers to upper and lowercase letters, as well as learning to write three-letter words.

So, let's say he picks the letter A, the first screen teaches them the sound, name, and shape. Next, he gets to tap the dots to see how to write the letter, and then he will trace the letter following the same dots. The last activity is writing the letter from memory,  but because he is still a bit young, we struggle with this step.

In my opinion, what makes LetterSchool appealing to him is that they make it fun. So maybe when you trace the letter A, each dot you connect forms a train track, and once you've successfully traced the letter, you see the train appear and drives along with the letter.  Its exciting to him that something "cool" happens when he is successful.

As a mom, what I like besides that he is having fun while learning is that every level he completes, Axel gets a star, so I can go back at any time and see the progress he is making. It's a great feature because it allows me to see what he likes more shapes or letters, and also what areas I can try and help him get better at.

Let me know if you have any favorite educational apps for your kids!

Business owner balancing family, work and our love for travel. Fueled by coffee and my two boys.

Setting Your Kids Up for Success

Homeschooling Twins With a Newborn at Home