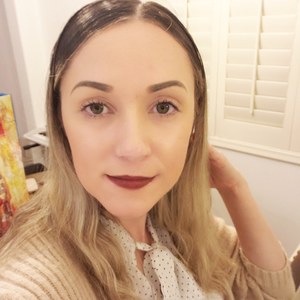 The moment we become mothers, our jobs begin.  We are not given an instruction booklet to let us know what comes next.

I became a mother at the age of 21, I was excited but nervous at the same time. You never know what to do. You hear so many stories that scare you.

I remember when I first brought my daughter home, I was so scared every time she went to sleep in her bassinet. I was constantly checking on her every minute to make sure she was breathing. I used to hear stories about babies going to sleep and not waking up. It was so exhausting as I would not get any sleep at all.

On top of that, I was having such a hard time breastfeeding. I didn't want to give up, I wanted to breastfeed my baby but it was hard and painful--my back would hurt so much. When I gave birth, I had an epidural which was terrifying as I didn't know much about the birthing process. They ended up forgetting to remove it after I had had my baby until a nurse noticed that I still had it.

Ever since then, my back has hurt so much. Trying to breastfeed was the most painful thing I have ever experienced because it was not just my back hurting, but my breast as well. I would just cry and cry. I remember my husband would tell me to just bottle feed her but I wanted to breastfeed. But after a while I did bottle feed her and it made me feel like I failed as a mother. I had my husband's support though, which helped me not fall into depression and thankfully, I started to find ways to help both my baby and myself.

Then when I had my second baby at age 25, I felt more ready but I was still scared.  I had a natural birth but I still had such a hard time breastfeeding.

Once again, I found myself wanting so badly to do it for my baby, but being unable to do it. In the end, my baby wasn't able to get enough milk and his paediatrician told me I had to use the bottle too.  I felt like I failed again as a mother because with my daughter, I couldn't continue to breastfeed her because I had had to go back to work after 6 week which was hard. But with my son, I was able to stay home with him for 3 months before going back to work.

I feel more relief now even though I don't know every little hack to be a mother--I just keep learning as I go.

We feel so stressed to show society that we are following the right steps, but in reality being a mother does not come with instructions. We learn as our babies grow.

Take a deep breath and remember that you are an amazing mother--you're doing a great job!

My name is Eliana Buriel, Iam a mother of two, 9yr girl and 6 yr boy. I love to read, take pictures, love the outdoors and coffee. I like to meet new people, I'm easy going but at times quite. I find that going to the gym is my alone time. I love fashion and taking alot of selfies of myself and with my kids.