Motherhood Made Me Realise I Suffered from Anxiety 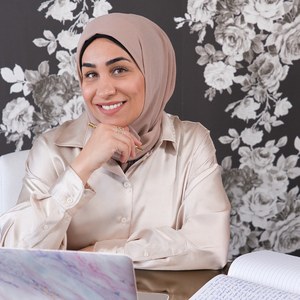 I didn’t really notice I suffered from anxiety, until I became a mother.

I didn’t notice that I was hanging on by a thread.

How can something that brings me so much love, cause me so much pain?

I feel guilty even thinking that.

I’ve developed what I thought were coping mechanisms yet here I am, realizing that I was blinded.

I was bottling it all up.

It was eating me up inside, but I never thought it was anything worth discussing nor focusing on. I thought having these heavy feelings was normal.

I tell myself that my kids are my priority right now and I'll deal with myself later, because that feels easier than dealing with these heavy emotions.

I never thought it was acceptable to share something that left me feeling so vulnerable.

What stopped me? Was it shame? Fear? Worry?

I was worried about speaking up and facing it all.

Worried about opening wounds that I knew were too painful and carrying a load that was just too heavy.

Worried about having to face the reality of it- that it’s a problem, even though I fought it so hard and buried it so deep.

Worried about showing that vulnerability; that part of my humanity.

Worried about being stripped from this mask I’ve been hiding behind.

Worried to show that I’m not perfect, and perfectionism was my shield; it kept me safe.

I felt that I was being asked to rid myself of my idea of safety.

This is why I was struggling, and this is also why I needed to see that it was time to heal.

I had to believe that I was the priority here.

I had to believe that there is no shame in getting help.

I had to believe that I matter, and I am worthy.

I had to put myself first, for my littles.

Let's talk about the month of May

I'm an author residing in Windsor, Ontario with my husband and three children. I share my honest and raw experiences which focus on mothers treading the rough waters of early motherhood and the difficulties of being a woman. My inspirational and viral work has been featured on Today Show, Scary Mommy, Upworthy, and more. I was nominated for two IRIS awards in 2021 for Best Writing and Breakout of the Year.

The Story Of Struggle

The Cost of It