My Breastfeeding Journey With Twins 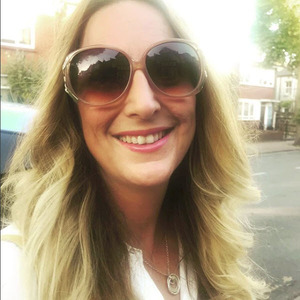 I was fortunate to be able to breastfeed both of my sons and it was an experience that I really found rewarding and frankly sleep saving (no night time bottle prep!) so when I found out I was expecting twins I planned to do the same.  I thought I knew everything and that this would be easy, but no!  As babies so often do, they had different ideas.  Breastfeeding the twins was a journey to say the least and it was difficult.

When the girls were born one of them had breathing issues, which to cut a long story short, resulted in a month in the NICU and several operations afterwards - boom!  Breastfeeding done for!  On the advice of the doctors I expressed as much milk as I could and divided it between the twins so I could send some to the hospital for overnight.  I additionally breastfed the twin who was at home with me, but she was so little she struggled to get the hang of a huge boob descending on her and way preferred her expressed milk.

My milk supply was also an issue as I never had enough for two babies to be exclusively breastfed.  This was I think in part due to their reflux and twin 2's ongoing complications that meant she was sick lots.  My body never seemed to get the memo that there were two babies despite the fact that I endlessly pumped and fed in an attempt to boost the production.  Perhaps it is because there was only one baby at home to start with - who knows.... the fact was there just wasn't enough so there had to be a top up to keep them growing.

After a while it also became really apparent that my twins just didn't really enjoy breastfeeding during the day.  Maybe that was because it is damned awkward to tandem feed and I was pretty rubbish at it.  I also had a 4 year old and a 2 year old at home so I couldn't really just concentrate on breastfeeding and it is super hard to play trains, build lego and tandem breastfeed let me tell you! So I am thinking that I probably wasn't relaxed when feeding during the day and so they didn't feel happy.  At night time they were fine with breastfeeding and it seemed to come naturally to us all so I just went with it and expressed during daylight hours.

Now back to that tandem breastfeeding....  this is an impressive feat and I take my hat off to those who manage it consistently.  I found it so hard to coordindate.  I sort of needed someone else there to help get them into position.  I had a great twin feeding pillow, but even with that I struggled and doing it in public was a no no for me.  I have no issue with breastfeeding in public and did it every day with my sons, but the length of time that I would need to have one breast exposed whilst I tried to get the second baby in place was too much for my English prudishness and so I very rarely did it.  The biggest issue I had with tandem breastfeeding though, was what to do when they were finished.  I can't tell you how many times my husband would go off upstairs to bath the boys whilst I was feeding the girls and then I would finish or realise that I hadn't picked up the tv remote before I started and be stranded.  I just couldn't stand up whilst holding them both in that position - so ladies before you get preggers make sure that core is strong and do as many squats as possible just in case you have twins and need to be able to stand from sitting without using your arms and whilst holding weights ;)  By the way the record for the length of time that I was stranded on a chair holding babies with both boobs out unable to move was 36 mins....

So you may now be wondering why I didn't just feed them one by one and the answer is that I would have been feeding all day and all night.  My other two preschoolers didn't like that plan....  So it was that I found myself expressing milk like a machine and not breastfeeding as I had planned.  I was kind of sad to have not had the experience that I planned especially as these are 100% my last babies, but I did what was right for the girls.  I expressed as much milk as was humanly possible, breastfed when they were happy to do so and topped up with formula.  For me fed is best!

The History of Bottlefeeding

I am Kirsty from Navigating Baby. I am the mother of 4 littles; 2 boys and twins girls. We are a busy, happy family and have a chaotic life filled with fun and noise - lots of noise! When I am not trying to navigate my way through the parenting journey you can find me blogging about family friendly cooking, days out, travel, crafts and sharing the reality of motherhood and all the things I have learnt along the way.