Noise Machines: Are They Safe? 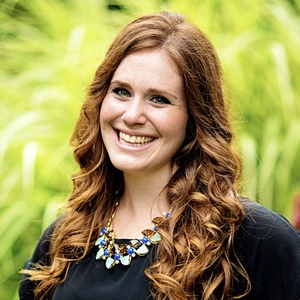 I was shocked, I was a doctor- how did I not know this?! So I did a little digging and found an article written by a number of doctors including one I worked with in medical school entitled “Infant Sleep Machines and Hazardous Sound Pressure Levels” in the Journal of Pediatrics in 2014 (Hugh, S., et al.).

I found out I was not using a sound machine in a “safe” way. I personally started using a sound machine after a recommendation from some websites and friends, when my little one started going to sleep at 7:30 pm and my husband and I wanted to watch TV, cook, bang pots and pans and talk at a normal sound level. She has been sleeping fantastically with the sound machine and I never thought anything of it.

As the research article states, there are plenty of sleep consultants and websites that advocate for the use of noise machines, but nobody has researched the potential harms. Sound machines, for those of you who don’t know, are machines that parents use that provide a background noise that can include white noise, a shhhhh sound, the sound of waves or thunder and so on. They are used to block outside noise and/or to soothe a baby to sleep.

This study took 14 different sound machines and placed them on the highest volume at 30 cm, 100 cm and 200 cm from a machine that measured the output at those distances. The distances were chosen to mimic the placement of a noise machine in a nursery; 30cm being on the crib bed rail, 100cm being next to the crib on a table and 200cm being across the room. The risk that these researchers were determining is whether the output of these machines is loud enough to be considered a risk for noise-induced hearing loss.

For adults, the workplace noise limit is 85dBA (A-weighted dB) for an 8-hour exposure. While in the Neonatal ICU, the safe exposure limit for sound has been determined to be 50 dBA averaged over 1 hour when taking into account a baby’s smaller ear canals. 13/14 noise machines were able, at maximum sound, to create sounds greater than 50dBA. With these results the researchers concluded that to ensure safe usage of noise machines parents should:

While these are very good suggestions, there were limits to this study including the fact that they only measured the output of the machines at maximum volume, we are unsure of the long term effects of loud noise on the infant ear canal with regard to speech and auditory development, we don’t know if white noise, in and of itself, is detrimental to the child, and we don’t know with certainty exactly how long is safe for a sound exposure.

With that being said, I am trying to change around my little one’s exposure to the sound machine to meet the above suggestions but I am also hoping there will be more studies that can address the limitations of this research.

What have you heard about sound machines whether online or from a doctor or from your friends?

This year, I became a mom to a precious baby girl. I had just finished my training to become a family doctor and had given plenty of pre-natal, pregnancy and post-partum advice. I had delivered many babies, worked in numerous pediatric wards and clinics and trained under world renowned pediatricians, OBGYNs and family doctors. I had to know everything about pregnancy, childbirth and babies... Or at least that's what you'd think. After six years of training to be a doctor I quickly learned I knew very little about newborn babies and child rearing! So I decided to start writing about what I wish I had learned in medical school and residency to help medical students, interns, residents and moms through this incredible life stage! 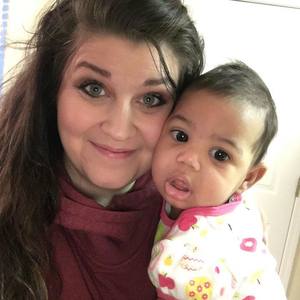 Wow, I hadn't heard a thing about them being unsafe! We use a fan, and now that's got me wondering if it's unhealthy, noise-wise. We also use music to lull her to sleep and she asks for it every night, so I need to do some research to make sure I'm not playing anything too loud.