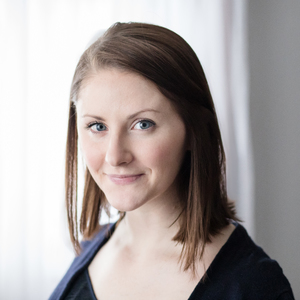 There are two things I am good at: writing and being a mom. I’ve been a writer since I was a child; positively obsessed with books, and always working on stories of my own. Growing up I wasn’t sure if I wanted kids, but in my twenties something clicked and the urge to create my own tiny human became insatiable. This was a role in which I could thrive, and truly know myself in the capacity of motherhood.

When I became pregnant, writing about pregnancy and motherhood was a no-brainer. Sharing my experiences about the thing that I’m most excited about? Amazing! What a phenomenal opportunity. A blog was created, writing was done, and people responded. In fact, the response was such other moms began to approach me to write for them.

“What? Me? You want me? To write for you and share my weird perspective on motherhood? Yes, a million times, yes”

It’s a writer’s dream to be asked to write. Knowing that our words have touched someone in some way is an honor that is, ironically, beyond words.

So I accepted the proposal to write for MomsBeyond. I said an emphatic “Yes!”, and my brain immediately said, “What are you doing? You have nothing to contribute here.”

Wait a minute. What is this new devilry? Who said that?

“Hey, it’s your Ego. And I’m just here to remind you that your opinion doesn’t matter, and you don’t have anything of value to contribute to anyone, anywhere, anytime. So you should probably just do what you do best: get excited about a new opportunity but totally chicken out because you’re not actually creative or important enough to make a difference.”

And that was it.

Go about your business. Sorry for wasting your time.

Because it’s totally B.S. I DO have important ideas to contribute. My experiences in motherhood DO matter. And by sharing what I’ve learned I can help others to overcome their own insecurities.

Because let’s face it: motherhood is full of insecurities. Sometimes it’s straight-up imposter syndrome, which the American Psychological Association defines as a phenomenon that occurs among those who are unable to internalize and accept their success, and fear that others will eventually unmask them as a fraud.

The recognition of my own imposter syndrome hit me full in the face when MomsBeyond approached me to write for them. Like I said above, I initially said yes; but then I logged into the platform, and saw the content that was being produced.

“Oh, these are like, actual important moms… I should probably just forget about this opportunity.”

To which my ego went full Emperor Palpatine and said, “Good… Gooooood…. Let the hate flow through you.”

And then I said, “No, I'll never turn to the dark side. You've failed your Highness. I'm a Jedi, like my father before me.”

And I wrote a blog about imposter syndrome. Take that Ego.

What’s the lesson here? How can you overcome imposter syndrome in motherhood?

First of all, you can start by recognizing that comparison truly is the thief of joy, and that beautifully curated Pinterest and Instagram accounts are just that: curated. It’s not real life. It’s a technique used by millions of influencers (myself included) to create a cohesive branding experience. There’s nothing wrong with it; it’s just not real life. Don’t compare the beauty of your life to someone else’s social feed.

Secondly, you grew a human inside you. That’s pretty much the greatest accomplishment of all time. And then after you grew them you either pushed them out of your vagina or had them cut open your abdominal wall to birth your baby. Either way, it destroyed your body in one way or another, but you’re not bitter about it, because you have a gorgeous little human to show for it!

Thirdly, and most importantly, stop expecting motherhood to look a certain way. It looks like all things, all the time, forever and ever. There is no “right” way for motherhood to be. Every mom is doing it her own way, in her own time.

Want to know a little secret that I learned the moment I gave birth to my son? None of us actually know what we’re doing. We’re all just winging it. So the fact that we still wake up every morning, and successfully pop a K-cup into our Keurigs at the crack of dawn is pretty freaking noteworthy.

The moral of the story? You are not an imposter in your own life. You are not a fraud. You are the most authentic and beautiful mother in the world. You are everything your kids need, and to them you are the truest version of motherhood.

The way you are doing motherhood looks damn good on you; keep it up mama.