Please Don't Talk About My Weight 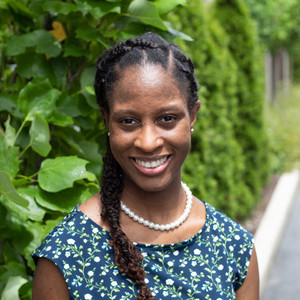 Weight and body image are both touchy subjects in general, but this is even more true for pregnant and postpartum women. When I was pregnant with my son, I was so excited to shop for maternity clothes and watch my body grow as the months progressed. While several moms on the forums I followed were sharing about their struggles with gaining weight too quickly, I was having a hard time gaining enough weight. I struggled with nausea through the first two trimesters and severe heartburn in my third trimester, and I just could not eat. My husband would go to the grocery store racking his brain trying to figure out what I liked and what I didn’t. With the exception of the toasted Italian meat sandwich I craved one evening, nothing sounded good to me. Other than that, I would make myself eat just one good meal per day, even if it made me gag.

Before I was pregnant, I could sit down and eat a giant salad or treat myself to barbecue and french fries without a care in the world. But something about being pregnant and trying to make all the best decisions that I could for my unborn baby gave me a kind of anxiety that got in the way. Between the bottles of Ensure, my prenatals, and what I was able to eat, I still barely managed to make it into the healthy weight category by the third trimester, but I hated that I didn’t gain more weight. I also ended up giving birth to my son six weeks early, and although I know it was not necessarily my fault that he was born early, I felt guilty that my poor eating habits might have contributed to it and his subsequent stay in the NICU.

When I developed postpartum depression several weeks after giving birth, I lost my appetite again. I would go a whole day eating just a banana or a yogurt, and then working out because exercise was supposed to improve my mood. I started medication and did everything I could in addition to medical care to be mentally well for my baby, but I ended up losing all of the 45 pounds I gained from the pregnancy and a few extra. I was thin, but I was not well. My doctor, my friends and family would make comments like “that baby weight fell right off!”, or “you look like you were never pregnant!” that were well-meaning.

Those comments were also hurtful, because the comments did not acknowledge the mental struggle behind my weight loss. Instead, they just reminded me of my issues instead of reminding me of my strengths. What I would really like to have heard was “you are a great mom!”, “you’re doing a great job!”. Even more, I wish someone had just asked me how I was doing. Some of us moms, whether we are pregnant, newly postpartum, or are several years removed from giving birth, have struggles that we may not want to be open about. Please don’t comment on weight. Check in, and ask us how we are doing.

How I'm Finally Getting Through Postpa...

Hi! I'm Spring, and I am a mother, wife, blogger and maternal health advocate based in South Georgia. In my writing, I focus on the intersection of motherhood and wellness, and I am candid about my own struggle with Postpartum Depression. It is so important to reject the false narrative that mothers have to have it all together all of the time. It's okay to not be okay, and we can get through the ups and downs of motherhood together. I love being a part of this community.

It's Ok to Not be "Ok" with Who You Are: Self-Improvement Resources

How I'm Finally Getting Through Postpartum Depression After 10 Long Months