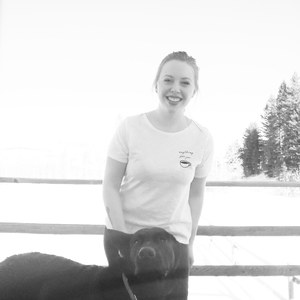 I think we can all safely say that we have heard of postpartum depression...Dunh Dunh DUnnnhhhhh.... Am I the only one that reads all postpartum depression articles in an overly dramatic serious tone? I know it's a serious topic but I also know that it's a completely normal occurrence. It actually sort of bothers me that every conversation surrounding mental illness has to be such a serious, intense one.

I'm someone that is so much more comfortable talking about the big issues in life casually, as though I'm talking to my best friend over the phone while going to the bathroom. Hey. If you have never ever gone to the bathroom while you're on the phone, you're either lying or having much MUCH better social boundaries then I do. Don't judge me, when you gotta go, you gotta go. Besides, I think everyone deserves a best friend you can talk to on the phone while peeing.

Okay, I'm getting off topic.

I read a lot about postpartum depression before having EJ. After having him, I was asked by my doctors, by my nurses if I was experiencing it. By so many people! It is absolutely amazing the amount of attention this problem is receiving so that mommas can get the help they deserve. I'm so happy about that.

However, I wasn't prepared AT ALL for the way my depression and anxiety would manifest. I won't say I had such intense depression that I couldn't function, and that's what made it so hard for me to recognize. I was waiting for the debilitating part. The part where I couldn't physically do anything anymore because that intensity is what I associated with depression.

For me, that wasn't the case. I didn't catch on to what was going on until the day I screamed at my beautiful infant baby because he wouldn't stop crying. The look on his face guys... it was heart-wrenching. It completely tore me down, then I had a meltdown for a good hour about it. That's when my husband asked why I was getting so upset, so overwhelmed, and what he could do to help. When I realized I didn't have any answers to any of his questions, it started to dawn on me.

Maybe my depression wasn't coming out it as debilitating sadness, maybe it was coming out in anger and frustration. I've dealt with mental issues before, and almost always, I have anger as my emotion, not sadness. I get so mad, for no reason. I wasn't handling my emotions well even before this point, I wasn't handling much of anything well but I was still managing and I thought that meant that nothing was wrong, that this was just how life was going to be now. I was able to see the amazing parts of my life, but they weren't able to pull me out of my anger, I was still interested in my normal hobbies, but they were very introverted hobbies. I hated leaving my house for any reason and avoided it so much. I also ate. I ate so much because I didn't know where my emotions were coming from. I didn't know how to deal with me and I felt like I was failing.

It wasn't until after I screamed at my tiny boy. It wasn't until that day, that I started to figure out: "Hey, maybe this isn't how this is supposed to go. "

EJ was having his 2-month shots a few days after this incident, so I waited until I got there until they asked the normal questions on how everything is going, and then like a dam I burst. I word-vomited everything that I had been feeling, how rough I was doing and how overwhelmed. Immediately my doctor, without any sort of judgment or preamble, wrote me a prescription for an SSRI (which is an antidepressant).

There are a TON of different SSRIs. They are serotonin uptake inhibitors and essentially just help your brain balance the chemicals it needs to for you to get back to feeling like a regular ol' human being. I was terrified about going on medication because I didn't want it to make me stop feeling like "me". I was worried I wouldn't be able to feel anything, or that something else drastic would happen. Usually, it takes time to find the right SSRI for you, the right dosage and all that. My doctor prescribed me one specifically that was known to take effect within as little as two weeks, so that I wouldn't have to suffer through another month feeling like I was.

I lucked out so much because the first one she gave me worked well for me, and two weeks later she upped my dose. I've been on them now for a good five-ish months and I think they are magical. They don't take away my emotions. I still get frustrated or sad, or any number of normal things, but now I feel like I can think past the moment or emotion. I can actually give myself room to breathe and find the solution, or to calm down, and that's what I was lacking. I was getting so worked up and I wasn't able to think past the anger or sadness. It became overwhelming. But now with my little pills, I have the help I need to move past it.

I think it's a wonderful invention and I'm so glad I have access to it. I want other mommas out there to know that depression or anxiety doesn't always show up in the ways you expect it to. It isn't always easy to look at and point your finger saying: "Hey, that right there looks like classic ol' depression. Should see my doctor about that." Sometimes, it's more subtle. Sometimes, it sneaks up on you and punches you right in the face. Especially with all that sleep deprivation. Can't expect to be on your A-game when the last time you got to sleep through the night was back before you ever met your little munchkin, or maybe even back before you knew you were growing a munchkin.

Everyone talks about self-care, and self-care isn't just throwing on that facemask or a bubble bath. Self-care is forgiving yourself when you aren't perfect, it's being kind to yourself and understanding everyone needs a little help every now and then. It's knowing your still an amazing badass momma, who happens to take a wonderful little pill to help pull you through the day. Don't struggle through, don't fight an uphill battle every day just to slide back through the mud. You aren't alone momma, and we are all here to help you.

I wanted to share my story with you, so that you know, Hey, it's normal. Sometimes, the most comforting thing you can do is remind yourself: Other people feel this way too.

Making Time for Ourselves, After Becom...

Hello! My name is Shayla, I am a 22 year old mom looking to help other moms become a more sustainable household, while making their lives easier. Not to mention, saving time, money, and becoming the healthiest you!

How I'm Finally Getting Through Postpartum Depression After 10 Long Months

Please Don't Talk About My Weight