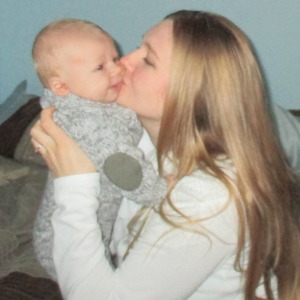 We all have things we want for our children. Traits we are working to teach them. Goals we dream of them meeting. Most of us have the typical ideals. We want our children to be caring, successful, happy, and confident. Even though my son is still very little, I already have so many things that come to mind when I think about the type of person I want him to be.

Of course, I want all the usual “good things” for him but I also have certain expectations of him. There are quite a few life lessons I firmly believe my child needs to learn and as contrary to modern day parenting as it may be, I feel really strongly about making sure he learns them sooner rather than later.

The world does not revolve around you.
If my child is going to be anywhere near a tolerable adult, he’s going to have to figure out at some point that he is not in fact the most important person in the world. I happen to believe that it’s better for him to grow up knowing that than be told later by someone who will no doubt be far harsher about it than I will.

Even though I’ll always care about his thoughts, feelings, and ideas. He is not welcome to interrupt another conversation to share them and he is not welcome to scream them in anyone’s face. It’s not going to hurt him to learn to wait for his turn and respect others.

I will always meet his needs but I won’t drop everything because he is STARVING right at this particular moment in time that happens to be 30 minutes after the last snack and right in the middle of something that needs to get done. It will not hurt him to learn patience.

Life’s not fair.
One of the biggest goals I have is to raise my son to be strong. I want him to be resilient because I know life is going to throw all kinds of challenges his way. When things go wrong, it’s going to hurt but it’s going to hurt a lot more if he never knew they would go wrong. It’s for this reason that I want him to figure out pretty early on that life isn’t fair.

He doesn’t need to get a toy every time we go to the store. Quite frankly, unless he’s done something to deserve one or it’s his birthday, why should he get one? He is not going to suffer if he doesn’t get his way. But he has a lot to gain from learning that good things come to those who earn them.

Sometimes everyone needs to do things they don’t want to do. There is no reason to shelter your kids from that reality. In fact, experiencing small let downs over things like not getting the $400 present they wanted “more than anything” is good for them. Them figuring out that they won’t always get what they want when it comes to minor issues will likely make it less of a slap in the face when major disappointments come along later.

If at first you don’t succeed, maybe you just won’t.
I’m not saying I want him to be a quitter. I want him to try again and again at everything he is working to achieve. But I also think it’s necessary that he know that he simply isn’t going to be successful at everything he does. I need him to fail so that he can learn what he is good at and what he will be successful with. I need him to fail so he knows it’s okay to fail.

If he’s bad at basketball, he’s not going to make the team. Yes, it’s okay to be disappointed and if it means a lot to him, I’ll encourage him to practice hard and try again next time. But if he never makes the team, it doesn’t matter because there’s hundreds of other activities just waiting for him to try and at least one of them is going to be something he’s really good at.

Wanting my child to not win at everything isn’t cruel. It’s because he simply cannot do it and I want him to experience it early when I’m right by his side to comfort him, reassure him, and show him that he is loved no matter what.

Not everyone wants to be your friend.
Unless there’s a school rule about inviting everyone, he’s not going to get invited to all the parties. But that’s okay. (And if they do make a rule, odds are he’ll attend a lot of parties where the host doesn’t like him and he doesn’t like the host - awkward.) Friendship is valuable. It’s okay to recognize that some people have similar interests to you and some don’t.

Not everyone is going to like your kid when they’re an adult. I know so many people who lose their minds when they find out someone doesn’t like them and you know those are the kids whose parents specifically arranged for them to be on every guest list and called the parents of every kid who didn’t want to play with them. Who cares if someone doesn’t like you? There’s about 20 others who do and odds are, you’ll have a lot better time with them anyway!

Loving our children and wanting what’s best for them is a no-brainer but sometimes that love doesn’t look like we’ve been conditioned to believe it should. Sometimes love isn’t bending over backwards to put a smile on your child’s face. Sometimes love is telling your kids no, letting them learn the hard way, and not giving in to the tantrum.

If you ask me, we are doing our kids a great disservice when we shelter them for everything that isn’t perfection. We are setting them up for struggles they don’t need to deal with and missing the opportunity to show them that they can trust us - that we will always be there for them to catch them when they fall.

Gillian is a 20-something Canadian blogger/writer, wife, and mother of one. Her work can be found on various publications including; Elite Daily, Unwritten, Huffington Post, Her Track, MissHeard Magazine, and of course, MomsBeyond. When it comes to "Mom-Blogging", her philosophy is simple: be authentic. Her ability to fearlessly "tell it like it is" makes her work a must-read for any mom or mom-to-be.