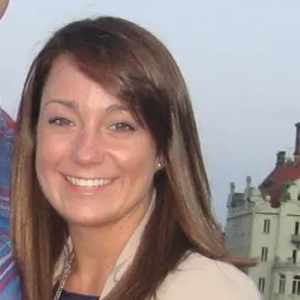 I expected having my first baby to be hard. I had a whole human to take care of? What was I thinking? I’d never changed a diaper in my life! Add a six-week early arrival, and a stint in the NICU, becoming parents for the first time was a whirlwind, and slightly overwhelming.

But our daughter came home, and thrived, and my husband and I figured out the parenting thing as we went along. We napped when the baby napped, and were able to tap each other out when we needed a break.

When our daughter was two, we welcomed our son. We were thrilled with our new addition, and were confident we knew what to expect from having a baby.

The biggest thing we didn’t consider? We were now playing man-to-man, when before our daughter was outnumbered. Goodbye napping when baby naps, goodbye tag-teaming tantrums, goodbye to having the upper hand. We had to reevaluate what worked before, and where we wanted to expend our limited energy.

Some of the biggest changes I learned to embrace were:

We signed our daughter up for ALL THE THINGS. Bring on that development. For our son? Not so much.

No baby sign language, no music class, no homemade baby purees. All the things that were considered “must-do’s” the first time around didn’t seem that important anymore. Between juggling naps, making sure our toddler was still getting attention, and staying on top of everyday life, those things I felt were crucial for my daughter’s development, weren’t that important anymore.

Baby-wearing was integrated almost immediately once we became a family of four. After all, there was a toddler to chase around!

My son spent a considerable amount of time in his first few months strapped to me in a soft wrap (shout out to the Solly wrap!) which let me play with my daughter at the park, watch her splash in the wading pool in the backyard, and take her for walks around the block.

Or, at least less than the first go-around. I’m a worrier by nature (since 1985!), but with our son, there was a quiet confidence that came from being a second-time parent. Whether it was having an arsenal of lullabies at the ready, knowing to pack at least 3 extra onesies or how to get the Medela pump working at full capacity, I was ready.

As a first-time mom, I was obsessed about how my daughter was accomplishing her milestones. Did she roll on time? Shouldn’t her head be stronger by now? Why wasn’t she crawling yet? I felt an inner panic every time I heard about a friend’s baby reaching a milestone my daughter hadn’t. And for what? She eventually rocked each and every one, on her own time, in her own way (which, it turns out, is very on-brand for her).

My son? He too rocked each and every one, but this time I wasn’t worried about what other babies were doing. I concentrated on him, and made sure I gave him the space and support he needed to do his thing.

Going from one baby to two was the best, most overwhelming thing I’ve ever done. But my favorite thing of all about the whole thing? Watching how my son and daughter love each other, and the bond they’ve established from day one.

Continually learning about life and parenting with my husband, two kiddos and doggo in tow.

Caring For Children With Disabilities: A Parent's Guide

4 things to change in your parenting ways