What I learned from my son's hospital stay 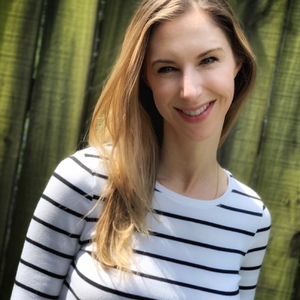 The longest drive of my life was the eleven minutes it took to get to the emergency room of Children’s Hospital when my son was eight months old. I know how long it took because I put it into my GPS before I accelerated out of the driveway. I knew where the hospital was, but I didn’t trust my brain to get me there without several wrong turns, and I didn’t know how much time we had.

He’d been sent home from daycare with a fever the day before. I remember sighing when the number popped up on my phone at work and thinking “I don’t have time for this.” Now I was racing through our quiet neighborhood, ignoring the “Drive Like Your Child Lives Here” signs, and praying for more time.

I’d been lucky to find a babysitter who could come that day while I worked from home. She was a between-jobs twenty-something friend of a friend, but I was so desperate not to fall behind at work that I barely said two words to her as I handed her my son and grabbed my laptop.

He seemed fine. His fever had gone down some, and while he was clingier than normal, he was still smiling and giggling over Llama Llama in his red pajamas. I was on a conference call, headphones in my ears when the sitter knocked on the bedroom door. Annoyed, I cracked the door wearing my best “I’m very busy can I help you?” expression.

The fear in her eyes told me everything. She was holding my son, who was shaking uncontrollably, teeth chattering. His eyes were glassy, and he was making a low, guttural noise over and over, somewhere in between a cry and a grunt.

“You can go,” I told her, snatching him from her arms.

I forgot to grab a jacket or even his diaper bag. In his rear-facing seat, I couldn’t see him from the driver’s seat. I drove with one hand on the wheel and one reaching into the back seat to touch his head. He’d gone quiet, and I didn’t know if his eyes were open or even if he was still breathing.

When I pulled up to the emergency room and wrenched open the door to the backseat, I saw he’d fallen asleep, burning up from the fever. Inside they dressed him in a hospital gown the size of a doll outfit while we waited in one of the triage rooms. I called my husband who’d been frantically driving in circles because the text I’d sent him earlier simply said We’re going to the hospital, without mentioning which hospital.

Hours later my baby was diagnosed with a simple UTI that had progressed into a dangerous kidney infection. We were given room to stay the night. I slept in the crib with him, curled around him carefully avoiding the IV cord that pumped antibiotics into his tiny veins. I couldn’t believe I hadn’t known. How could I have missed that he was so sick? He hadn’t even cried. If I hadn’t noticed this then how could I ever expect to protect him from the rest of the world’s perils?

Becoming a mom is like being handed a beautiful, shiny balloon. The joy is overwhelming. You cradle your balloon and kiss it, and once the drugs they gave you during labor wear off, you realize you live in a terrifying, non-balloon-friendly world. You can’t believe you never noticed how many rusty nails, pieces of broken glass, and other threats to balloons that you encounter on a daily basis. You see danger everywhere. From the moment they hand you your child, you hold both fear and joy in your heart because one can’t exist without the other.

And yet…there will be dangers you don’t see. Also ones you do see, but are powerless to steer away from. We spent three nights at Children’s Hospital while my son fought his infection. During that time, I became acutely aware that we were the lucky ones. We were diagnosed quickly and treated swiftly and effectively. While three nights felt like an eternity for us, unlike many of the children on his floor, we did not stay long enough to decorate his room or get to know the nurses.

Nothing will shatter your heart into a million pieces more than spending time on the baby floor at a children’s hospital. There were newborns nearly swallowed up by all the cords and monitors connected to them. There were parents in pajamas and slippers walking the halls with faces that told this was home for them right now. Then there were the rooms that stayed dark and empty except for the tiny patients inside, quiet save for the beep and whir of hospital machines.

I ached for those babies in a way I wouldn’t have been able to before I had my own. We were among the lucky ones who would be going home once the antibiotics ran their course, back to a life that didn’t involve tiny hospital gowns and nurses knocking on the door in the middle of the night. At least for today, joy had triumphed over fear.

Driving home from the hospital, I sat in the backseat with my son. He smiled and held my finger with his tiny hand, unaware of all he’d just been through. I said a prayer of gratitude and knew I’d never forget.

Caitlin Weaver a working mom and a writer living in Atlanta. Her writing has appeared in the Huffington Post, Scary Mommy, and The Every Mom, among others. Midwestern by birth and a New Yorker at heart, she recently found home in the South. You can follow her on her blog, Not a Mommy Blog.