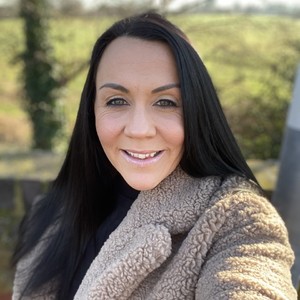 Trips out with toddlers. They are more unpredictable than the weather.

You think you're on it. You're planned. You're prepped for every eventuality. Then it all goes to pot! So my question is: when do you hold your hands up and say "this is not working"?

Let's take today as an example.

We were working to a timescale. Firstly meeting friends and then attending a session starting at 10 am at the Museum of London Docklands.

I'd already mentally checklist the potential for catastrophe and planned accordingly:

- Weather: It wasn't due to rain but we could grab a lift to the station with Daddy.

- Food:  Mr. Toddler is currently fussy so fail-safe pasta put on to boil at 6 am and all the snacks packed.

- Clothing: We've been to this play session before and water + messy play makes a change of clothes advisable.

- Transport: In their wisdom, Transport for London has cut the number of trains from our line, so another 15 minutes added to travel time!

I was all over it: breakfast laid out ready the night before, clothing options sorted. I'd even swapped over to the bigger rucksack so it wasn't overloaded. This was a military mission and my little recruit had no choice to jump to my orders! We were not only ready on time, but we were ready ten minutes early. Winning!

You'd think at this point it would all be plain sailing--but jump ahead three hours and we'd evacuated the building after the mother of all meltdowns. I'd stuck it out. I'd persevered. I'd convinced myself we'd have all the fun. But the signs were there early on.

At what point do you jump ship and admit this isn't going to work?

Stevie Wonder sang the classic lyrics "Very superstitious, Writing's on the wall," I should've paid attention when on the way to the station I saw one fat, solo magpie. They always seal my fate and are my biggest superstition. "One for sorrow, two for joy...." Oh, mamma, the writing really was on the wall!

My boy is the biggest lover of trains, yet, we sat on a bench at the station and not a word. Not a single "train!" at a decibel level that would rouse the dead. My mummy senses picked up all was not right... yet we persisted.

When your first love, mummy aside, is locomotives, then a tube train journey is about as good as it gets. Mr 2.5 always asserts his independence when we sit down, as I have to sit opposite him and he has a seat to himself (much to the displeasure of the rush-hour commuters). Today, however, he sat on my lap by choice! This is unheard of. Not only did he snuggle into me (which was utterly delicious), but he fell asleep. Yes, he's up at 6 am but I'm currently battling to get him to have a nap at 1 pm. To fall asleep this early in the day means that something has changed in the world order.

He woke as we pulled in to our station to change trains. He was compliant about being lowered into the buggy. Compliancy and toddlers are two words I would not generally put together. My heart was saying: maybe this was the point we had moved on from the terrible twos, but my head said: who are you kidding? Onwards we trekked with our friends in tow, munching on snacks just in case it was a case of being hangry.

We arrived at the museum. Tickets were checked, and the two little men were unleashed into the play area. Water play with boats simulating the River Thames. Construction with wheelbarrows and foam bricks. A train track running cargo around the river. Soft play for climbing and sliding. This was a dream. I made the classic error of relaxing. "He's fine, look at him playing happily." Never speak those words out loud. Never jinx it.

Our messy play session was signified by the ringing of a bell. Mummy and children gathered to be led down the stairs towards paint and chaos. Not for my little man. This was where the wailing began. Why would he want to leave this play utopia to sing The Wheels on the Bus with an enthusiastic volunteer? Surely, at this point, you'd throw the towel in?

No, no, let's just see if we can distract him with the activity laid out before him. Once he sees the mess he can make he'll forget all about the tears... right? Child scales the mummy like scaffolding. Mummy attempts to peel him off her head. Other mums look on with sympathy and utter relief that it's not their little darling.

He doesn't want to miss out on time with his friend. How about we just wait upstairs and play some more? With a little wave to my buddy, I extracted the banshee and bounded back up the stairs. "You want to play with the water? No. Oh, you want to play with the trains? Don't throw the trains at mummy! That little boy is playing with the wheelbarrow. How kind--he's let you play with it. Oh, you don't want the wheelbarrow now." Give me strength. "You want to see the boats and trains outside. You want your shoes on. You don't want to go home. You don't want to stay." Give me coffee... or gin.

I think we are done here.

Cue the train ride home. Pasta eaten. Chatty. Laughing. Shouting as the trains go by. Someone's body swapped my happy little man back again--with toddlers, there is no rhyme or reason.

Humming Stevie Wonder to myself, I think that next time I'll pay attention to those magpies!

Worrying is what we all do

Tips & Tricks For Traveling with a Tod...

Fortyish, first-time mum sharing my spectacular fails, sterling successes and all the bits in-between. I'm a stay-at-home-mum to a whirlwind of a toddler and married to Mr Unyoung. Having spent twentyish years in education, working with little people, everyone told me motherhood would be a breeze! I'd know what I was doing right? No amount of education, or coffee, prepared me for the amazing adventure that is life as 'The Unyoung Mum'.

4 things to change in your parenting ways

Worrying is what we all do