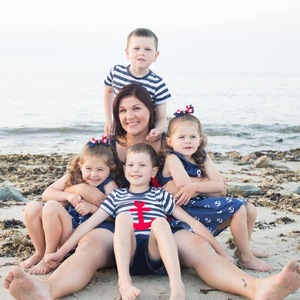 There’s a commercial circulating right now that has me incensed. Every time I hear it, I literally cringe, and the Mama Bear in me wants to roar in anger at the TV. The premise of the commercial is a young man—probably high school or college-aged—goes into an optical establishment to purchase new eyeglasses. There is a buy one, get one free deal going on, so he decides to purchase two different pairs of eyeglasses—a conservative pair and an artsy pair. He relays to the clinician that he is purchasing the conservative pair mainly because his girlfriend’s parents “hate artists.” Each time I hear that phrase, in passing while listening to the television, I seem to develop a new quandary.

First and foremost, and perhaps the most obvious, what is there to “hate” about artists exactly? As someone who has benefited immensely from participation in theatre arts and music for a large majority of my life, I have to wonder why the choice of the “h” word in reference to artists? Artists are filled with creativity, passion, talent, and so much more that makes this world a better place. How incredibly boring would our world be without artists? If artists contribute so much greatness to the world, why would we as parents try to squelch our children from being artists or loving artists?

I understand why parents might be reticent to encourage their children to pursue a field in the arts as it is not always an easy path. I grew up the daughter of public school teachers. I wanted to be a performer. I knew that being unfamiliar with this path, they were worried to see me pursue a career that would not always mean a steady paycheck, benefits, and a retirement. But they did their very best to support my dreams and to let me carve my own path. Eventually, I realized that I did not have a thick enough skin to become a professional performer, but to this day, my background in the performing arts has shaped who I am as a person and the arts continue to play a huge role in my life. The best part of it all is that I am now able to share my passion for the arts with my children.

Furthermore, it disturbs me with this particular advertisement that parents would go so far as to tell their child that they “hate” the person they're dating because they're an artist. I know that I will most certainly have my guard up when my children start to date, but I would like to think that as long as the person they are dating treats them the way they deserve to be treated, respects them, and is ambitious and hard-working in whatever avenue they pursue that I would accept them as the person my child loves.

It just disturbed me that in this day in age I should hear such a glaring disrespect for people who add so much to our world. Our children are listening too and it is our job as parents to be accepting, not “hateful,” as there is already far too much hate in our world.

Sarah is a proud stay-at-home mom of two sets of twins, Jack and Liam, 6, and Lillian and Mallory, 4. She is originally from Tolland, CT, but has resided in the Boston area since 2001. Prior to becoming a mom, Sarah was an elementary school teacher in Newton, MA for seven years. She and her husband, Ryan currently live in Whitman, MA and Ryan serves as a Chief Engineer in the U.S. Merchant Marine. In addition to being a mom of 4, Sarah enjoys blogging and performing in local theater productions. She's also an avid member of her mothers of multiples group, Keeping Pace with Multiple Miracles based in West Bridgewater, MA.